A lot of scientific principles are intuitive.

Not that we know the equations and underlying theory, but as operational humans, we “get” how things work.

Physics tells us that the optimum angle is 45 degrees if we want to get the maximum distance.

But kids know this intuitively, by trial and error.

Another one is the idea of resonance.

All systems have a certain “frequency” about which they normally vibrate.

And if you “behave” in this same “frequency” you’ll get the most bang for your buck.

Like little kids on swings. They learn quickly to swing their legs at the same frequency as the swing, and they get some pretty high amplitudes.

Sometimes this is not appropriately understood, with horrible results.

A group of solders were marching across a bridge, in cadence, and their marching cadence was the same frequency as the bridge. And it collapsed.

When you’re having a conversation with somebody, getting “in tune” with them feels fantastic. Like you are on the same page, or even the same “wavelength.”

Most people think that this happens randomly. Haphazardly. Talk to enough people, and a small enough percentage will have that “in synch” feeling.

Of course, if you approach others with this mindset, it WILL be a numbers game.

Meaning if you go up and blurt out a bunch of stuff, and hope it “works.”

But if you do the opposite, you’ll have a much HIGHER chance of creating that feeling of resonance.

Instead of blurting out a bunch of stuff, you ask them some questions. Easy to answer questions. Simple questions. Then slowly expand.

Once you get enough information, about what makes them tick, then the “stuff” that you “blurt out” will be much more “in tune” with them.

And you’ll be able to create that feeling of resonance with almost anybody.

What would you be able to do then? 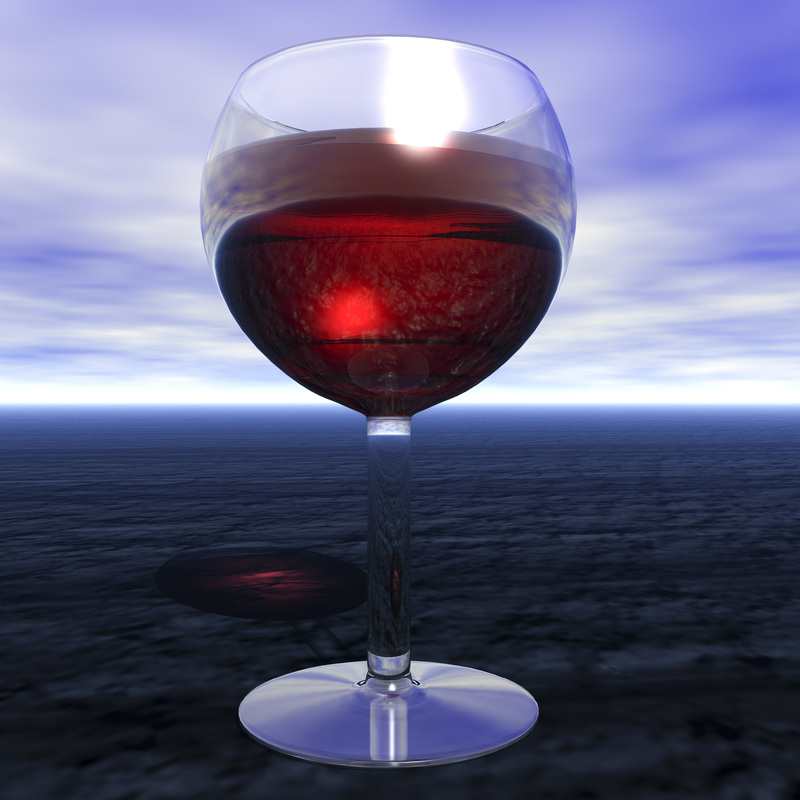 Lick Your Finger and Try Again

​When I was a kid we’d have a few formal dinners per year.

Nothing fancy, just Thanksgiving and X-mas. My mom would get out the fancy silverware and the plates, which I thought was a pain in the arse.

The fun part was rubbing our fingers across the rim of the wine goblets.

If you got it just right, you could make the glass sing.

It sucks when everybody else is making their glass hum, but you can’t.

It’s when you are out of sync with the natural resonance frequency of the system.

This plays out in many different areas of life, as you can imagine.

When you’re “resonating” you’re basically in sync without everybody around you.

Everybody laughs at your jokes, all the lights are green, right when you show up to the front of the supermarket with your basket full of a groceries a brand new line opens up.

Other times, it sucks. It seems that nothing works. All the lights are red. All the lines are long. Everybody just rolls their eyes and shakes their heads when you try a joke.

Or maybe try a different finger.

Or maybe try a different glass.

The bottom line is if nothing’s working, all that means is you’ve got to do something different.

After all, you are a human with a BILLION variables all going at once. Operating within a reality that’s got BILLIONS of BILLIONS of variables. You just have to keep tweaking things until they match up.

One thing that will ALWAYS help is to make sure you are not trying to fight your nature.

Meaning if you are doing something contrary to your purpose, you’ll know. Even when you’re successful, it feels like work. You keep checking the clock to see when it’s time to leave.

But when you’re ON purpose, when you KNOW you’re busily on the path to fulfilling your life’s mission, then it’s much easier to get everything to click.

You might even say that the whole point of the first half of your life is to FIND your purpose.

The point of the second half is to LIVE your purpose.

If you haven’t found it yet, don’t worry. 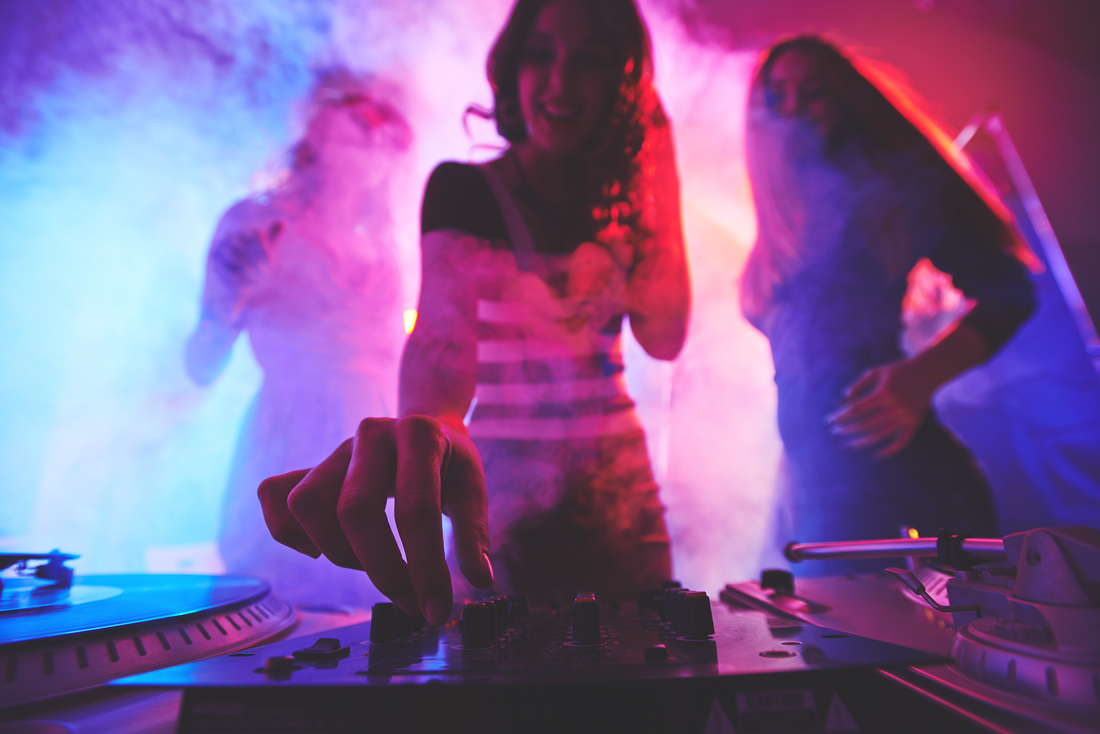 ​When I was a student, resonance was my favorite topic.

I had this ultra hard physics lab with this ultra strict teacher (who barely talked), and the experiment we did on resonance was by far my favorite.

The reason the sky is blue is because of resonance. The reason kids love swings so much is resonance.

Resonance occurs when you apply an external frequency in congruence with the natural frequency of any system.

When you rub your fingertip around the top of a wine goblet, for example, the small bumps in friction as your finger moves across the rim is the same as the resonance frequency of the glass.

Some systems are very simple, like a kid on a swing, and have only one resonance frequency.

Others, like a wine glass, have different frequencies based on different configurations. Different amounts of wine in the glass will produce different pitches, or different resonating frequencies.

Other things are WAY more complicated.

Like when two people are talking. If you and somebody else just “click” then you are pretty much in resonance with each other.

If you’re lucky, you can find a partner with whom you can resonate with for most of your life.

On the other hand, it can feel that you are “out of sync” which is kind of the opposite of resonance. Your “frequency” and the “frequency” of the other person (or people) are as opposite as can be.

Needless to say, this is frustrating and lonely.

How can you bust out of this trap?

Take a step back, relax, release some stress and “feel out” the other person, as if you’re are just meeting them.

This is EXACTLY what kids do the first time they get on a swing. They have NO IDEA which frequency to pump their legs. They just keep trying until they get it right.

If you are OUT of resonance with anybody, or with life in general, just apply the same principle.

Imagine if a kid got on a swing and had a pre-set idea of how fast he should pump his legs. And no matter what, he ONLY pumped them at THAT precise frequency.

And when it didn’t work, he blamed the swing for not cooperating.

Sounds silly. But this is EXACTLY what most people do.

This usually doesn’t work so well. (Unless you have super secret magic ninja powers or something.)

So, how do you bust out?

Relax, open your mind, feel the energy around you. Through you. Let IT move YOU. 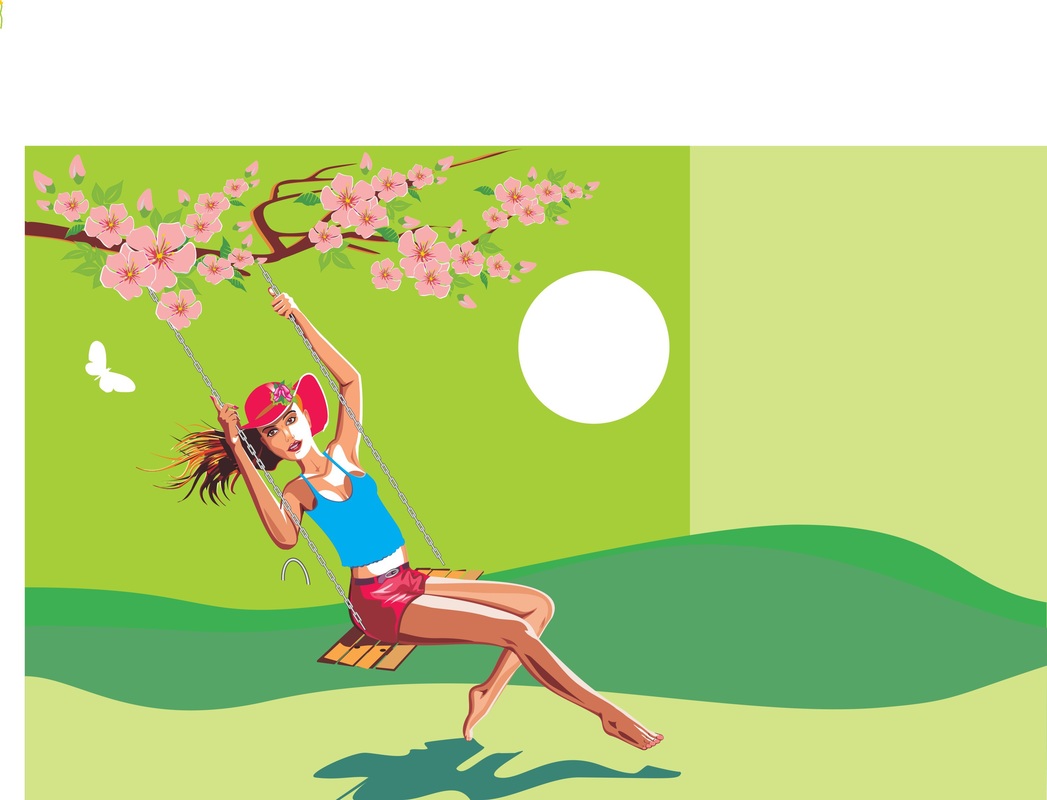 Swing Your Way Through Life

​Resonance was always one of my favorite subjects.

Every physical entity has a certain “frequency.” Meaning if you hit it, it will shake at its own frequency.

Then you have “under-damped” resonance. These are things that shake, or swing back and forth a long, long time. Like a pendulum, or a swing.

And if you apply the external force at the SAME frequency as that objects resonance frequency, you can get some pretty BIG oscillations.

Kids on a swing for example. When they pump their legs back and forth, they are pumping them back and forth at the precise frequency of the swing-kid combination.

They THINK they’re just playing on the swing, but what they’re REALLY doing is “applying a specific resonance frequency to an under-damped harmonic oscillator.”

Funny thing is that when they want to get off, they can do so pretty quickly. They just pump their legs at the OPPOSITE resonant frequency, and they slow down in a hurry.

Now, some systems are super easy to understand. Swings, pendulums, yo-yo’s, etc. You can get them swinging pretty quickly, and stop them pretty quickly.

Other things are more complicated. But the same structure nonetheless.

Every time you are “in the zone” while having a conversation, for example, you and your conversation partner are resonating off each other’s personal resonance frequency.

When you meet that special somebody, and you really “click” you’re continuously and unconsciously pushing each others buttons in the right frequency.

Any time people get into a fight or disagreement, it even shows up in our language.

“Not speaking the same language.”

“Not talking about the same thing.”

Keeping this idea of “resonance” in mind can be helpful. You can think of two people be in or out of resonance.

You can think of you and the world being in or out of resonance. Or you and a project you are working on, or you and whatever it is you are creating.

Whenever you push, the world will push back. Just like the kid on the swing. If you try and FORCE the world into YOUR frequency, it usually doesn’t work.

But when you step back, clear your mind, and pay attention, then you can operate within the world, at the WORLD’S frequency.

Making everything smoother and more natural. Gliding through life, getting whatever you want.

Getting your mind right is the first step.