We humans have a lot of sayings.

Things that sound true. Things that make us go, “Yeah, that’s right!” When we hear them.

But sometimes we say them and feel them as an excuse to not DO them.

It’s like on one level, we know intuitively what needs to be done, but on another level we wish it were easier.

And for most folks, wishing is easier than doing.

Take the old saying, “Genius is one percent inspiration, and 99 percent perspiration.”

Nobody would disagree with this.

Especially when we have examples of old school inventors toiling in their lab for YEARS before finally coming up with something.

But when it comes to our own lives, we tend to look for shortcuts.

We even counteract that statement with examples where it’s no true. Guys and girls who somehow stumbled onto geniusness, and didn’t really do much except get luck.

However, if you were to go beyond the Hollywood stories, and look into these people’s lives, you’ll see that they indeed struggled for a long time.

Only they didn’t see it as a struggle.

Back in their mind, they KNEW that one day they’d succeed.

This is what they mean when they say you’ve got to “believe in yourself.”

It doesn’t mean believing that you’ll get lucky or win the lottery.

It means believing that those boring, daily tasks you do will pay off eventually.

Even when your friends and family are openly doubting you and talking smack behind your back.

THAT is the perspiration. The daily work that will eventually BUILD UP to your genius breakthrough.

Like the story of the straw that broke the camel’s back.

It wasn’t ONE STRAW that did it. It was every single straw laid on their before, and that one “lucky” straw that got all the credit.

That one “lucky” straw wouldn’t have done crap without the rest of the straws.

Your genius breakthrough or achievement won’t come if you don’t do the work leading up to it.

The daily journaling, the daily practice, the daily drills, the things that aren’t fun, but are necessary.

If you are, you CAN build anything you want. It takes time. It takes persistence. It takes dedication, and it takes belief.

But just like mixing the right ingredients will give you a cake, every single time, so will the above.

Small daily efforts will add up.

What do YOU do every day?

I saw this interesting “magic” trick online the other day.

It showed four cards, and you had to choose one.

And then think about it and click the button.

The trick was the card you were focused on would be gone on the next screen.

But the trick was that ALL FOUR cards were different.

Because they were all face cards, and a mix of suits, the only way you would not be fooled would be if you memorized ALL the cards.

But since the instructions said to pick ONE, most people don’t even notice the other cards.

So when four new face cards are shown, all mixed, and all different, it looks magical, because the others “look” the same.

Scientists tell us our brains run off largely cache-like memory. Meaning in order to save brain processing time and energy, we only “guess” what’s “out there” and come up with a memory based on what we “think” is there.

Clearly, this can be a HUGE disadvantage.

Especially when talking about the many deep nuances of communication.

You think you are being clear, but the other person completely misunderstands you. Later on, you “assume” they “knew” what you meant, but they “assume” you meant something else.

On the other hand, magic tricks, movies, optical illusions, even silly jokes wouldn’t work if our brains were super accurate like a Vulcan.

But it’s also so easy why we tend to believe stuff that CAN’T be true.

So many “ideas” out there are contradictory, most of them HAVE to be wrong!

The good news is that because “meaning” itself is so slippery, you can CHOOSE what you want things to mean.

This is a lot easier if you have a solid PLAN for your life.

You already have tons of preprogrammed desires. Sex, money, safety, shelter, companionship, a certain amount of social status and recognition.

But unless you take the time to SPEFICIFY what these mean to you, and HOW you are going to achieve them, it’s easier to get knocked around like a ping-pong ball in a typhoon.

Just doing this (choosing specific goals and how you’re going to achieve them) is a feat unto itself. It’s not easy, and it requires a lot of introspection.

Which is why most people don’t really take the time to do this.

Sure, everybody has WISHES. These are usually dependent on the wish-fairy showing up and giving you a magic bag of stuff.

You’ll be surprised that once you get going on the process of creating and manifesting your goals.

Because the process itself is what LIFE is all about.

Not to be a ping pong ball, but to be a person of PURPOSE. 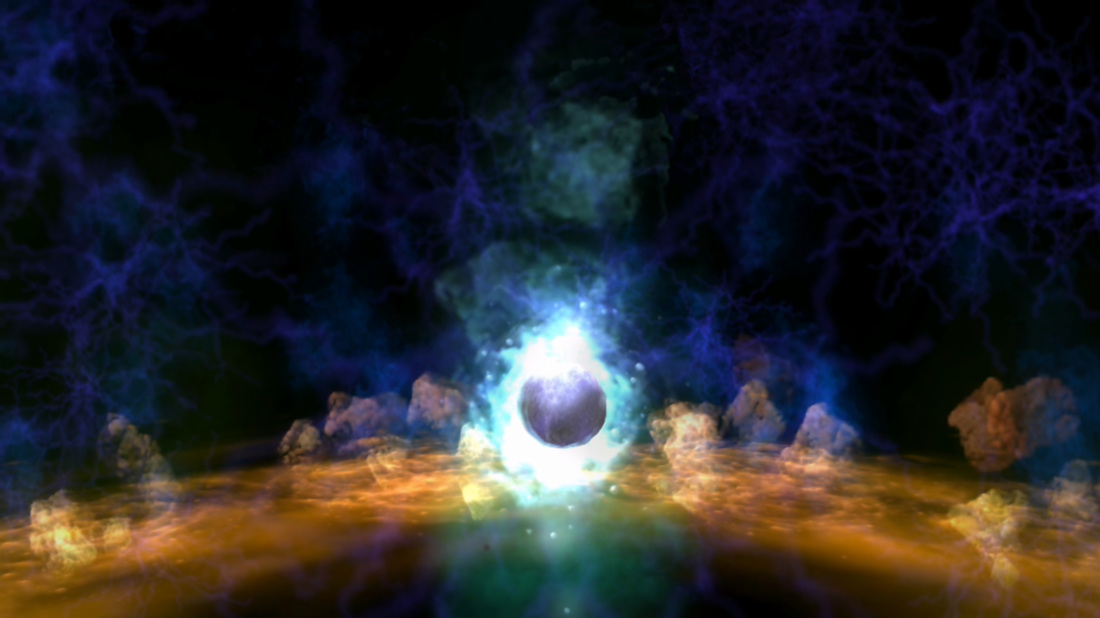 When I was a kid, I thought it would be the coolest things to read minds.

I went to this theme park with my brother, and this guy was doing this animal show.

He would get the participant to whisper a specific item in the dog’s ear, and then the dog would come back with the item.

I didn’t believe it until I got called up to the stage, and sure enough, I whispered an item in the dog’s ear and he brought it to me.

I was flabbergasted until I got home and my brother explained how the trick worked.

All stage magic is like that. It looks really cool, until you figure out how to do the trick.

Funny thing is we KNOW that’s going to happen. Our curiosity gets the best of us. We want to know how the trick is done, even though it will ruin the magic.

Of course, this is just pretend magic, not real magic.

What is real magic?

It depends on who you ask. Scientists tell us that magic is any kind of technology that is beyond the current level of human understanding.

But what about any kind of technology that will ALWAYS be beyond human understanding?

On the one hand, we kind of HAVE to live in a universe that’s got specific rules. Otherwise random stuff would just keep happening, and the physical laws which bind our own bodies together might stop working.

But on the other hand, I’ve no doubt that there are MANY things going on that humans will NEVER grasp, at least in this lifetime.

Even if you’re not a religious person, there’s plenty to be said for having a strong faith.

Even when we try something that’s a little bit outside of our comfort zone, we are demonstrating faith in ourselves.

The more you faith you have in yourself, the more stuff you’ll be able to do.

Most people don’t like to hear this. Most people are looking for a guaranteed, step by step, sure fire, no risk system that will get them what they want.

That only happens on TV.

But real magic requires knowing that YOU are much more than YOU think you are.

And having the faith to take action, if only to find out who YOU truly are.